Are all religions the same? How do I know which one is correct? Why should I choose Islam?  The below points discuss the benefits, beauties and unique aspects of Islam.

Close Connection with Your Creator

At the core of Islam is the focus of an individual’s personal relationship with God (Allah), their Creator. It encourages a believer to have sustained awareness of Allah, which is the key to eternal happiness.

Islam teaches that peace comes from Allah. By focusing on this important relationship and following Allah’s guidance, believers will be able to acquire inner peace and tranquillity. Seeking lasting happiness through other means, such as following one’s desires or the accumulation of material possessions, will never fill the void we have. This need can only be filled with the awareness and consciousness of Allah, Our Creator.

True contentment is found in acknowledging and obeying the Creator:

“Verily, in the remembrance of Allah do hearts find rest.” Quran 13:28

The primary reason for this close relationship is that Muslims have a direct connection with their Creator. There is no intermediary, such as praying to, or through, others, in worshipping God.

Islam gives a person a clear perspective on the events that happen in their life, both good and bad, as they are, in fact, tests from God. It encourages a person to understand events in the context of the overall purpose of life, which is to acknowledge Allah and obey Him. He created humans with intellect and free will to test them as to who will wilfully choose to follow His guidance. This life is an ultimate testing ground and although we cannot control everything that happens to us, we can control how we react. Islam encourages a person to focus on what is in their control, to be grateful to Allah for blessings, and to be patient during hardships. Patience and gratitude – this is the formula for a happy life.

Islam encourages the believer to remain free from the extremes of worldly happiness that may cause one to forget God, and the extremes of sadness that may cause one to lose hope and blame God. By not being overly attached to the material world, a Muslim is empowered not only to better handle any calamities, but to be beneficial and generous to society. This leads to a more balanced and optimistic outlook on life.

Pure and Clear Concept of God

Unlike other religions, Islam is not named after its founder or the community of its birth. Islam is an attributive title that signifies obedience and submissiveness to Allah, the Creator of the Universe. One of its main beauties is that it acknowledges the complete Perfection, Greatness and Uniqueness of Allah with absolutely no compromises. This is reflected in Islam’s pure teachings of the attributes of God.

Allah is One and Unique:

•Allah has no partners, no equals and no rivals.

•Allah has no father, mother, sons, daughters or wives.

•Allah Alone is Worthy of all worship.

Allah is the All-Powerful:

•Allah has full authority and power over all things.

Allah is the Most High:

•There is nothing above or comparable to Allah.

•The attributes of Allah do not resemble that of His creation.

•No part of Allah is present in anyone or anything.

•God does not have any human limitations, such as resting on the seventh day after He created the universe.

•God always maintains attributes of perfection and does not do anything to compromise this perfection such as “becoming a man” as claimed by other religions.

Emphasizes Both Evidence and Faith

Islam is a religion in which faith is based on clear proof. It encourages people to use their God given intelligence to think and ponder over their life and the universe. Although this life is a test, Allah has provided sufficient signs and guidance to people who are open-minded and sincere to be able to acknowledge the truth.

“We have indeed sent down signs that make things manifest: and Allah guides whom He wills to a way that is straight.”  (Quran 24:46)

Unlike other religions, there are many clear proofs, signs and miracles that the book of Islam, The Quran, is from Allah.

•Is free from any errors or contradictions, despite it being revealed over a period of 23 years.

•Is preserved, word-for-word, since it was revealed in its original Arabic language, unlike other scriptures which have been distorted, changed or lost.

•Contains a simple, pure and universal message that has a profound effect on all those who are sincerely searching for the truth.

•Contains a unique and inimitable style of language that is universally known as the pinnacle of Arabic eloquence and linguistic beauty – yet the Quran was revealed to Prophet Muhammad (peace be upon him) who was known to be illiterate.

•Contains many amazing scientific facts which have only been discovered recently, despite being revealed over 1400 years ago.

The most rational explanation for the many unique and miraculous aspects of the Quran is that it cannot be from other than God.

Islam teaches that God is the Most Just and that each person will be held responsible for their own actions on the Day of Judgement. Each person is accountable, as they have freedom of choice and intelligence to discern between right and wrong.

It is an absolute demand of justice that there be a Day of Judgement where every person is rewarded or punished, otherwise life would be unjust as not everyone receives true justice in this world.

Islam teaches that ultimately we will be judged for how well we fulfilled our responsibilities and exercised our free will. We will be judged by Allah, the All Knowing and All Wise, who knows and sees everything we do. This encourages a more harmonious society and gives people contentment knowing that justice will ultimately prevail.

Practical and Balanced Way of Life 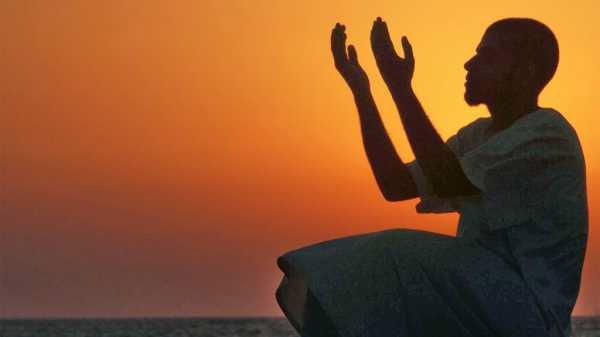 Muslim raising his hand to supplicate to Allah

Islam provides the right balance between faith and action, as both are required for a stable life. It provides guidance for all situations and circumstances. It is a practical religion with practical acts of worship that are designed to fulfil the spiritual, physical, psychological and social needs of people.

Examples of practical acts of worship that have numerous benefits include:

•The five daily prayers – Enriches a person by satisfying the spiritual need of being in regular contact with Allah (especially in today’s busy lifestyle); makes one humble by bowing and prostrating to Allah; removes any barriers/pride/racism between believers praying in congregation; helps one refrain from committing sins given the person stands regularly before Allah.

•The obligatory charity – Purifies a person from selfishness; encourages empathy to the poor; reminds one of the blessings of Allah; helps reduce poverty; bridges the gap between rich and poor.

•The fasting in month of Ramadan – Promotes spiritual self-purification, self-restraint and growth; scientifically proven health benefits; empathy and awareness of those less fortunate; trains people to acquire the habit of obeying Allah.

•The pilgrimage (Hajj) – Unites people of every colour, race, status and nationality, as pilgrims wear simple and similar clothing, while performing a range of good deeds in congregation.

Given that Islam is from Allah, every command found in the religion is ultimately good and beneficial to the individual and society when practised correctly. Examples from the Quran include being honest, forgiving, truthful, kind to one’s wife, patient, fair, moderate, modest, sincere, and respecting parents, family and the elderly. There are also many principles in the teachings of Islam that prevent or reduce many of the individual and social ills facing the world today.

Islam has a message that applies to all people at all times, from the creation of Adam up until the Day of Judgement. It is applicable today as it always has been.

Allah is accessible to everyone. People may distinguish themselves and earn Allah’s favour through belief and righteous actions only – not through race, wealth, gender, nationality or social class.

Islam’s timeless and beautiful message is the same message of all Prophets, including Noah, Abraham, Moses, Jesus and Muhammad (peace be upon them all). They all called their people to “Submit to the One True God” which, in Arabic, means to become a “Muslim”. This submission to God enables one to fulfil the purpose of life by acknowledging the greatness of God and sincerely worshipping Him Alone. In doing so, one will acquire the countless benefits of Islam mentioned above.